If you see any of my creations and would like one made or if I still have it in my stock. I'd be happy to sell it and am available for commission anytime. My Email is in the sidebar.

I've picked my image on this Wacky Holiday !!!
For April 1st and it's Fool's Day & Easter Monday But Instead
I've picked National Sleepy Head Day I've also included what it's all about. Which sounds like the WORST way to be woken up by anyone so make sure your alarm clocks are set early on this day or you might just end up takin a morning Swim lol 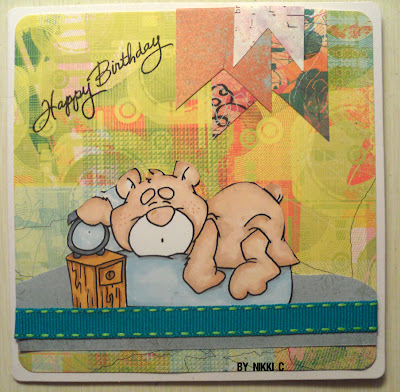 Challenges - Incy Wincy - Wacky Holidays
Creative Inspirations Paint- Anything
That Craft Place - Animals
QKR Stampede Animal Antics
Stempelsonnen - Fur &Tail
Recipe
Digi-Dustin Pike. Stamp- Stampendous. Papers-Basic Grey,My Minds Eye,Crafty Individuals.
Markers - Touch,Prismacolors.
Facts About National Sleepy Head Day.
(Finnish: Unikeonpäivä) is celebrated in Finland on July 27 every year. Traditionally on this day, the last person in the house (also dubbed as the "laziest") to wake up is woken up using water, either by being thrown into a lake or the sea, or by having water thrown on them. It is based on the story of the Saints of Ephesus who slept in a cave for some 200 years during the Middle Ages whilst hiding from persecution by Decius, the Roman Emperor at the time.
In the city of Naantali, a Finnish celebrity is chosen every year to be thrown in the sea from the city's port at 7 a.m. The identity of the sleeper is kept secret until the event. People who are chosen have usually done something to the benefit of the city. Every city mayor has thus far been thrown to the sea at least once, but other sleepers have included the president Tarja Halonen's husband, Dr Pentti Arajärvi, the CEO of Neste Oil Risto Rinne, along with many writers, artists and politicians. The celebrations continue into the evening in Naantali and include activities for people of every age.

Have a Happy Monday
Hugs Nikki
Posted by Nikki at 1:00 AM

Thanks for taking the time to comment I just love to read them.
I do sell my cards if you see something you like send me an email it's in the side bar.
hugs Nikki
Check out Visit Limited Runs Stamps
Digital Stamps for those on a budget

Thanks for your Support and for buying me a hot cuppa Coffee or Tea !! it's more then Appreciated and always welcomed Have a Creative day

Art Cards For Sale on Ebay

Updated Regularly different ones all the time Follow along 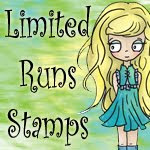 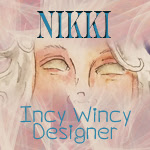 New challenge 1st and 3rd Monday of the month